The Idiocy of Religious Moderation 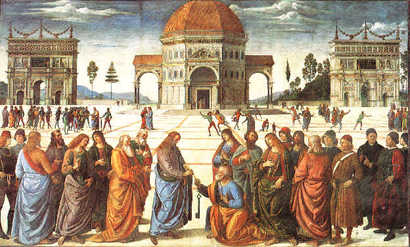 Sam Harris's latest blog epistle to me can be read in full here. Money quote:

How does one "integrate doubt" into one's faith? By acknowledging just how dubious many of the claims of scripture are, and thereafter reading it selectively, bowdlerizing it if need be, and allowing its assertions about reality to be continually trumped by fresh insights‚Äîscientific ("You mean the world isn‚Äôt 6000 years old? Yikes.."), mathematical ("pi doesn't actually equal 3? All right, so what?"), and moral ("You mean, I shouldn't beat my slaves? I can‚Äôt even keep slaves? Hmm ..."). Religious moderation is the result of not taking scripture all that seriously. So why not take these books less seriously still? Why not admit that they are just books, written by fallible human beings like ourselves? They were not, as your friend the pope would have it, "written wholly and entirely, with all their parts, at the dictation of the Holy Ghost." Needless to say, I believe you have given the Supreme Pontiff far too much credit as a champion of reason. The man believes that he is in possession of a magic book, entirely free from error...

Religious moderates‚Äîby refusing to question the legitimacy of raising children to believe that they are Christians, Muslims, and Jews‚Äîtacitly support the religious divisions in our world. They also perpetuate the myth that a person must believe things on insufficient evidence in order to have an ethical and spiritual life. While religious moderates don‚Äôt fly planes into buildings, or organize their lives around apocalyptic prophecy, they refuse to deeply question the preposterous ideas of those who do. Moderates neither submit to the real demands of scripture nor draw fully honest inferences from the growing testimony of science. In attempting to find a middle ground between religious dogmatism and intellectual honesty, it seems to me that religious moderates betray faith and reason equally.

Read the rest here. Sufficiently provoked, even irritated, I'll reply tomorrow. He has raised several big questions and I need a little time to think (and pray) about them.