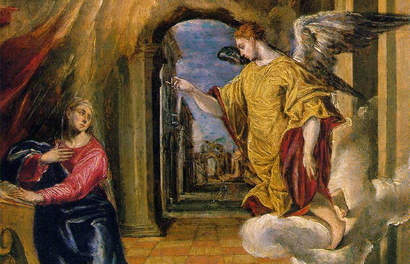 Here's my latest email in the blogalogue with Sam Harris about faith and reason. The full blogalogue so far can be read here.

Thanks for waiting for this belated response. As a form of apology, and since some readers have said I've ducked some of your specific questions in the past, perhaps I should answer your last question first. It may move things forward a little. You wrote:

"What would constitute "proof" for you that your current beliefs about God are mistaken? (i.e., what would get you to fundamentally doubt the validity of faith in general and of Christianity in particular?)"

It's a good question. It prompts me to say something I've been reluctant to talk about for reasons best expressed by Wittgenstein. But here goes anyway.

I have never doubted the existence of God. Never. My acceptance of God's existence - of a force beyond everything and the source of everything - goes so far back in my consciousness and memory that I can neither recall "finding" this faith nor being taught it. So when I am asked to justify this belief, as you reasonably do, I am at a loss. At this layer of faith, the first critical layer, the layer that includes all religious people and many who call themselves spiritual rather than religious, I can offer no justification as such. I have just never experienced the ordeal of consciousness without it. It is the air I have always breathed. I meet atheists and am as baffled at their lack of faith - at this level - as you are at my attachment to it. When people ask me how I came to choose this faith, I can only say it chose me. I have no ability to stop believing. Crises in my life - death of loved ones, diagnosis with a fatal illness, emotional loss - have never shaken this faith. In fact, they have all strengthened it. I know of no "proof" that could dissuade me of this, since no "proof" ever persuaded me of it.

I simply grew up from my earliest childhood in complete acceptance of this reality. I have had two serious crises of faith - but neither came close to a loss of faith in God's existence. The first crisis was the worst. Almost fourteen years ago, it occurred to me not that God didn't exist - that never occurred to me - but that God might be evil. I wrote about this experience - I remember precisely where and when it happened - in my spiritual memoir/essay, "Love Undetectable." I will not reiterate it here. The "proof" I contemplated for thinking God was evil was the cliched conundrum of human suffering. It was a particularly grim moment in the plague years, when the suffering of good people I loved a lot began to get to my faith. Yes, I know this paradox might (and should) have occurred to me earlier in life. But it's also human to avoid these things most fully until those closest to you are struck down. So there I was, having my Job moment.

What proof, what argument, what evidence persuaded me that God was actually not evil but good? Nothing that will or should persuade you. The sense that evil was the ultimate victor in the universe, that evil is the fundamental meaning of all of this, that "none of this cares for us," to use Larkin's simple phrase: this sense pervaded me for a few minutes and then somehow, suddenly, unprompted by any specific thought, just lifted. I can no more explain that - or provide a convincing argument that it was anything more than your own moment of calm in Galilee. But I can say that it represented for me a revelation of God's love and forgiveness, the improbable notion that the force behind all of this actually loved us, and even loved me. The calm I felt then; and the voice with no words I heard: this was truer than any proof I have ever conceded, any substance I have ever felt with my hands, any object I have seen with my eyes.

You will ask: how do I know this was Jesus? Could it not be that it was a force beyond one, specific Jewish rabbi who lived two millennia ago and was executed by the Roman authorities? Yes, and no. I have lived with the voice of Jesus read to me, read by me, and spoken all around me my entire life - and I heard it that day. If I had been born before Jesus' birth, would I have realized this? Of course not. If I had been born in Thailand and raised a Buddhist, would I have interpreted this experience as a function of my Buddhist faith rather than Jesus? If I were a pilgrim right now in Iraq, would I attribute this epiphany to Allah? An honest answer has to be: almost certainly.

But I am a contingent human being in a contingent time and place and I heard Jesus. Do I believe that other religious traditions, even those that posit doctrines logically contrary to the doctrines of Jesus, have no access to divine truth? I don't. If God exists, then God will be larger and greater than our human categories or interpretations. I feel sure that all the great religions - and many minor ones - have been groping toward the same God. I don't need to tell you of the profound similarities in ethical and spiritual teaching among various faiths, as well as their differences. I believe what I specifically believe - but since the mystery of the divine is so much greater than our human understanding, I am not in the business of claiming exclusive truth, let alone condemning those with different views of the divine as heretics or infidels. We are all restless for the same God, for the intelligence and force greater than all of us, for that realm of being that the human mind senses but cannot achieve, longs for but cannot capture. But I've learned in that search that integral and indispensable to it is humility. And such humility requires relinquishing the impulse to force faith on others, to condemn those with different faiths, or to condescend to those who have sincerely concluded that there is no God at all. And when I read the Gospels recounting the sayings and actions of Jesus of Nazareth, I see a man so committed to that humility he was prepared to die under its weight.

I should add that this unchosen belief in God's existence - the "gift" of faith - does not prompt me to lose all doubt in my faith, or to abandon questioning. I have wrestled with all sorts of questions about any number of doctrines that the hierarchy of the church has insisted upon. As a gay man, I have been forced to do this perhaps more urgently than many others - which is one reason I regard my sexual orientation as a divine gift rather than as a "disorder". For me, faith is a journey that begins with the gift of divine revelation but never rests thereafter. It is nourished by a faith community we call the church, and is sustained by the sacraments, prayer, doubt and the love of friends and family. It is informed by reason, but it cannot end in reason.

I understand that this form of faith would provoke Nietzsche's contempt and James Dobson's scorn. But there is a wide expanse between nihilism and fundamentalism. I fear your legitimate concerns (which I share) about the dangers of religious certainty in politics have blinded you to the fertility of this expanse. And I think you're wrong that we religious moderates are mere enablers of fundamentalist intolerance. I think, rather, we have an important role in talking with atheists about faith and talking with fundamentalists about the political dangers of religious fanaticism, and the pride that can turn faith into absolutism.

In fact, people of faith who are not fundamentalists may be the most important allies you've got. Why don't you want us to help out?